La Dolce vita at the Latin Quarter:
traces of Italian history, art and lifestyle in Paris

Located on the Seine left side, around the Sorbonne University, the Latin Quarter is one of the oldest, lively and picturesque districts in Paris. So baptized because Latin was the language spoken in the famous colleges that were founded there in the Middle Ages, it attracted intellectuals from around the world. Dante himself taught there and lived there. But the author of the Divine Comedy was not the only illustrious Italian to have lived in this district or marked its history.

From Roman baths to Parisian cafes, passing through the majestic Palais du Luxembourg, discover how the Italian presence influenced Parisian architecture, lifestyle and… frozen desserts. Follow in the footsteps of the transalpine characters who animated this historic heart of the capital.

At the end of the visit, you will be rewarded with a gourmet surprise, fruit of the meeting of an Italian tradition with French gastronomy.

Any public (don’t hesitate to let me know your expectations and desires!)

Focus on the Italian presence at the Latin Quarter

This rate include:
A gelato tasting at La Fabrique Givrée

This visit cannot take place on the 1st Sunday of each month.

To book this visit, please fill in the request below. Within 24 hours maximum, I will confirm availability.

If you are satisfied with this offer, you will confirm your order by paying the totality of the visit price by bank transfer or via the secure payment system of the site.

Once the payment has been made, I will send you a confirmation e-mail with all the additional information (meeting place, possible safety instructions etc.).

Cancellation of the service is subject to the provisions mentioned in the general conditions of sale.

To book this tour, select your date and number of participants.
You'll be in touch.

Fill out the application below. Within 24 hours maximum, I will confirm availability and send you a detailed quote by email. 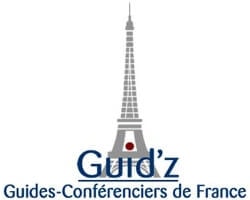